Back to all posts

it seems that over the years, I have become the sole archivist of Course Of Empire music. Like the night watchman at the Course crypt, I continue to make sure that those who come to pay their respects are rewarded with fresh flowers every few years. And so I delve deeper, dusting off ancient recordings to satisfy the wish of those who want to hear more...

I now have two new Course Of Empire titles available on the band's own DIY label, Lustrejaw.

I see these two titles as bookends to the bands career. They are called: "Early C.o.E." and "Telepathic Last Show".

Now don't be confused by this news. The band has not gotten back together. These are not new albums with new material. But as I see it, they are important additions to the band's history and discography.

"Early C.o.E." is a compilation of the earliest demos that the band made before going into the studio to record the self-titled first album with David Castell.These recordings were made in 1988-89, when the band was still a four-piece with Anthony Headley on drums. It includes several tracks that you've probably never heard before, such as "Skin Ritual" which was the first cassette recording the band ever made. This song was only played a handful of times live and was never released. It also contains the original version of "Ptah!" with vocal by Vaughn and the section called "Son Of Ptah!" which was cut on the album version. It also contains the original full rock arrangement of "Sins Of The Fathers" and the song "Tomorrow" with lyrics by native american Peter Blue Cloud. It also includes "Islands Of Sanity", and two tracks from a live KNON radio show: "Burning Tree" and "God's Jig". The audio files were transferred to 24-bit digital from original cassettes and remastered by engineer Martin Baird at Verge Music Works. In my mind, "Early C.o.E." contains essential recordings for any serious collector of the band's work.

The other title is called "Telepathic Last Show". It represents the first half of the last show that the band played at Trees in 1998. The 2004 live album "Phone Calls From The Dead" did not contain these tracks because the tape with the drum mix went missing for a decade. They have now been mixed and mastered by Martin Baird. The second half of the disc contains bonus live tracks from the second half of the band's 1994 record release party for "Initiation". Included are live versions of "Breed", "Joy", "Running Man" and others. "Telepathic Last Show" gives fans access to the best live versions of essential songs not previously available. It represents C.o.E. at its best, live and loud, epic and cinematic. It ends with a previously unreleased track called "Covered In Thorns". This live in the studio jam captures the last recorded effort of C.o.E.

I'm releasing these two titles as a pair, representing both the first and the final moments of the band's decade-long career.

There are presently 100 signed and numbered sets available. Please be aware that these discs were duplicated on a Discmakers Reflex 7 duplicator, to Memorex blanks. They will ship with two matching 11" x 17" posters printed on 100 lb stock, with a personal thank you from me, the guitarist, Mike G.

"Telepathic Last Show" may be replicated and distributed in some form in the future.  As I see it, "Early C.o.E." is really intended for friends of the band, and should remain limited to the original set of 100 copies, as an exclusive offering to those who have supported the band directly by ordering the physical product at this early stage of the project.

To secure your own set, order now through www.paypal.com at the following address:

Or add in "Phone Calls From The Dead" to complete the live picture of the band for a total of $30.00!

Also, if it's intended to be a gift, please let us know, so that we can sign it with the intended recipient's name, if the name on the credit card is different. 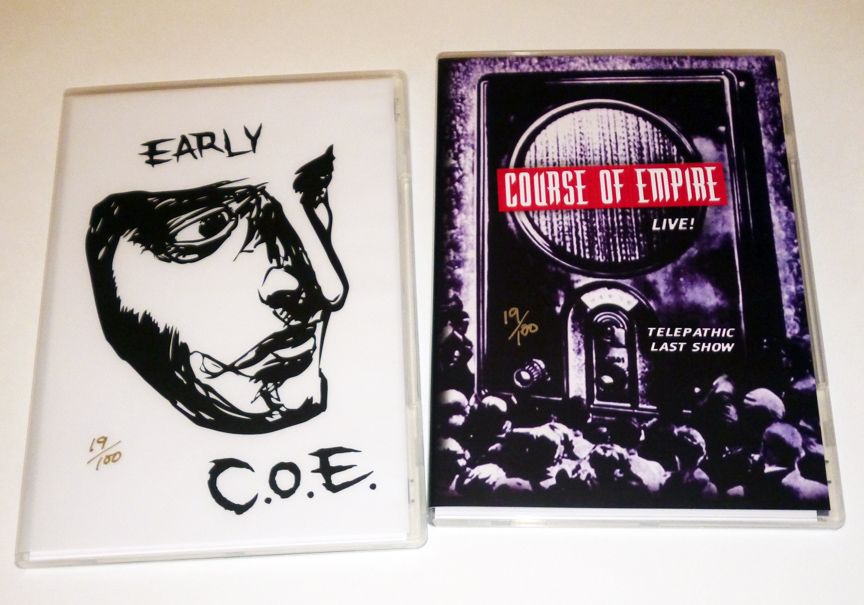 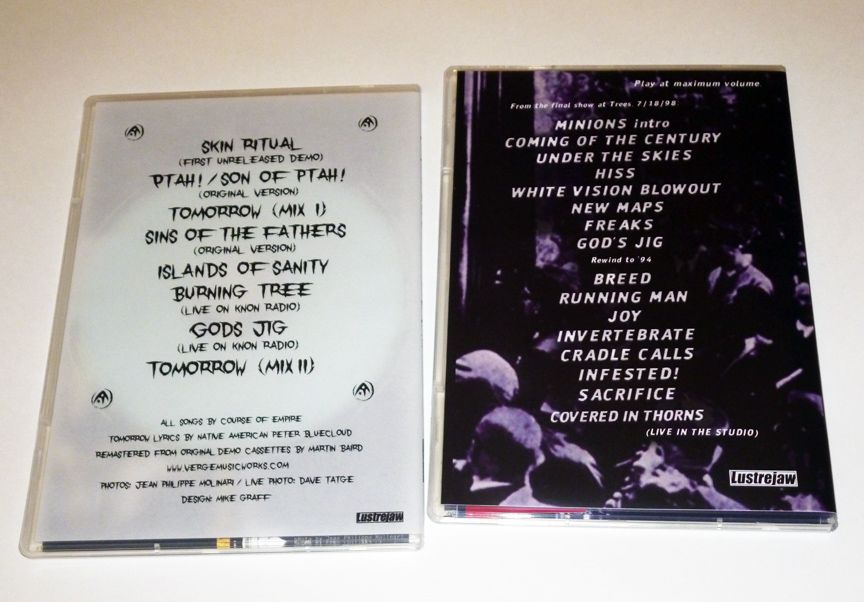